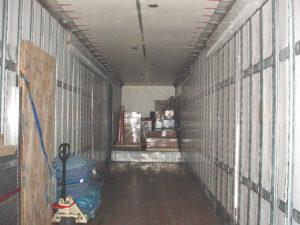 If you were told you could turn a profit from 60-cent per mile freight, you’d think it was crazy, right?

But, listen to this story of how I turned cheap freight from vinegar into fine wine for one small carrier, using nothing more than industry experience, resourcefulness and dedication to finding a solution. Locations and minor details have been changed to protect the carrier’s privacy.

In 2009, a client domiciled in Denver, CO contacted me in a panic because his one major account for outbound freight had closed its doors. His alarm was understandable since his inbound freight revenue wasn’t sufficiently high enough so he could afford to run the 60 to 75 cent per mile freight available out of Denver. With that low a rate, he couldn’t make enough to even meet his Break-Even Point (BEP), much less make a profit.

I suggested we try to replace the revenue he lost when his old outbound client closed by finding the best paying and most profitable freight lane coming into Denver. After a few weeks’ work, we located consistent loads from a direct shipper and a couple of reasonable brokers out of Phoenix and San Diego available for his four trucks every week. We also found a single weekly consistent load out of LA that paid extremely well. The total revenue over a month’s time produced by these loads exceeded what he had been receiving from his old outbound Denver customer.

But there was a catch.

The rates coming out of Denver were so low that even when combined with the new return freight from Phoenix and Southern California, the revenue still wouldn’t meet the company’s or trucks’ BEP, or make a profit. We started looking for in-route freight from Colorado Springs, Albuquerque, Grand Junction, Salt Lake City or Las Vegas.

So I recommended we look east of Denver for freight. My client thought I was nuts. But we finally found freight that, even with deadheading to West Texas and Eastern New Mexico out of Denver to pick up loads going to Phoenix and San Diego, each truck broke even on either the Denver/West Texas/Eastern New Mexico to Phoenix or San Diego/Denver runs. When we added the L.A. run once a month to each truck, there was a profit to his company between $600 to $1100 per truck, per month. Keep in mind the Break-Even Point we used included all costs of the operation including fuel, drivers and the owner’s pay, so the profit was a true profit.

Now here’s the kicker. The profit was all based on deadheading the 563 miles from Denver to West Texas and New Mexico. So by taking a 60-cent per mile load to West Texas from Denver, we added $337.80 plus a fuel surcharge averaging $80 to $110, for total additional revenue of around $417.00 per truck, per week. This means the company’s profit per truck nearly doubled at the end of the month to between $1800 and $2300 per truck.

We took that 60-cent per mile freight that was causing my client panic and turned it into a profit center through freight lane development. This company is now adding its 12th truck.

In general, freight rates are on a supply and demand basis. The more trucks in an area and less freight coming out of that area, the lower the freight rates; the fewer trucks in an area and the more loads, the higher the rates. That’s why highly developed freight lanes are so very important for small carriers. By looking at the complete picture, they not only have the opportunity to take advantage of all available freight, however, they can even create a profit from Cheap Freight.

Perhaps these developments take a bit more time, thought and patience, but at the end of the day, profit is profit, even when it comes from cheap freight.