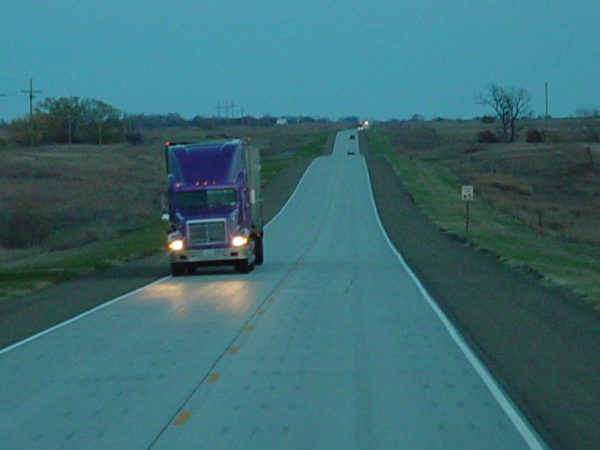 With a scarcity of people wanting to drive a semi, with freight availability increasing almost daily, many trucking companies’ thoughts are turning to add more drivers. However, with recruiting, training and being sure new hires are ready to follow the constant barrage of new regulations from the FMCSA, the investment of both time and dollars bringing on new truckers has increased. In the past, the largest section of driver turnover has been in the first year from point of hire. Those first-year hires can exceed 3 or 4 times the overall turnover rate of a motor carrier, defined as ‘driver churning.’ If a small carrier isn’t careful, this ‘churning’ can add up to real dollars very quickly.

We know the drill; a driver is hired on, goes through orientation, is teamed with a driver-trainer for a time, and then let loose on his own. Within the next few months, the driver is complaining about not being paid for the real miles he’s driving, having to wait too long to be loaded or unloaded without pay, not getting home when he needs to, not making the money he was told he’d make—and on and on and on. The next call we get is “Come get your damn truck,” and the cycle starts again. How can you avoid this driver churning trap? First, we must determine the cause. As with most problems, the cause is fairly easy to find, and believe it or not, it’s not just about the money. There are several factors contributing to driver churning, but its root can be simply stated: as immortalized in the 1967 movie, Cool Hand Luke, “What we have here is a failure to communicate.”

The three key driver’s needs to be fulfilled by a trucking company are:

Listening for information from this potential hire will assist you in determining if either his expectations or financial requirements don’t match what you can provide him. The most important part of this process is making sure you’re telling him the whole story. Tell your driver applicants all about your operation: the good, the bad, and the ugly. Give them every opportunity to ask for the details. Don’t hide anything; it’s only fair everything is divulged. Most people don’t like surprises that have a negative effect on their income. But not explaining potential surprises and your company’s policies concerning them to the driver during recruiting is one of the biggest causes of driver turnover today. The drivers’ major complaint is they are given incomplete information during the recruiting interview. In some cases, the recruiter is telling the trucker what the recruiter thinks the trucker wants to hear. Or the trucker only heard what he wanted to hear. There’s nothing worse than the driver having left his last driving position based on a rosy picture painted by a recruiter (or by what he thought he heard), to then discover in orientation something which would have shown him the company isn’t a match. The carrier ends up with a driver who feels trapped and duped; not a good mix for developing a valued business relationship.

Avoid these misunderstandings by providing the potential trucker with a Question & Answer sheet. He must fill in the blanks with the information your recruiter provides him. The recruiter should have a similar Q&A sheet to note all the answers the trucker provides. At the completion of the interview, the recruiter and trucker should exchange these sheets and go over the information to be sure nothing is misunderstood. The more complete the information, the less likely there will be a disgruntled driver.

Driver retention begins during the recruiting interview. The more information exchanged by driver and recruiter during the initial hiring process, the better the driver understands and accepts the circumstances and idiosyncrasies of your company’s operations and procedures. Think of it as an investigation and research into the wants, needs, and requirements of both your company and the prospective driver. It’s not a question of right or wrong, but a way of determining compatibility. The more knowledgeable you are about the trucker’s wants and needs, and the trucker is about your company’s methods and policies, the stronger the relationship will be. And all this makes a valuable, long-term business association. Remember, you’re developing a relationship with each trucker, not selling a product; help each driver discover the carrier which works best for him. It’s investing the time to honestly communicate with each driver which will enable your company to retain the best truckers. Or to put it another way, ‘driver churning’ will lead you down a twisting, turning, rolling path of frustration and service failures; forward-thinking communication builds a stronger, long-lasting driver/carrier relationship. This will create better customer service and better profits for your lean and nimble small motor carrier.